Man is the symbol of power and strength. Men should have the leadership quality with the ability to handle any stressful situation. The mental strength of men should also increases as their age increases. Depressive disorder in older people is common and often ignored by family and doctors. Depression is common in about a quarter of over 65- year-old people. Maybe 1 in 3 people living in residential homes are attacked by depressive illness. 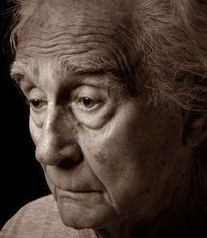 Some men become depressed or attacked by depressive disorder at their middle age due to retirement or unemployment. There are so many families which solely financially depend on the man for their livelihood. So if the man took retirement from his work it could create financial problem and this problem could be responsible for developing depressive illness. After retirement from work the old people think that they losses their self respect as they cannot contribute more to the family. If an elderly man lost his wife then he also could develops depressive illness. Separation from social network and interval of regular routine life also lead depression among old men.

Depression also affect most of the hospital medical patients who at their middle age. It could be happen for many reasons for example, stressful situation of their daily routine, pain, loss of social contacts, and the effects of complicated medication. The elderly hospital patients are being unable to recover quickly due to depressive illness. But the depressive disorder of elderly men is successfully treatable. Elderly people can respond brilliantly after taking medication for depression. If the old men can consult with doctor within proper time and take the medicine regularly then it will not only reduce depressive illness but also it will reduce other illness. But the elderly men often become unaware of physical symptoms of depression. They only are being able to recognize the mental symptom such as grief, guilt feelings, tiredness, lack of interest worthless as depressive illness. Reduced sleep, weight loss, poor appetite, constipation, mood swings and general slowing down and many of these symptoms may wrongly recognized as the symptoms to growing old. So most often the doctor also could not be able to recognize the depression in old patients.

The older men also could not understand that they are in depressive illness. They take these physical and mental symptoms as the signs of heart disease, stroke even cancer and treat themselves with wrong medications. As a result their illness becomes more severe which can lead to major depressive order such as hospitalize or suicidal thoughts and suicidal death. If the older men can identify their symptoms and the reasons behind the illness, then they can save themselves. So the old men should be more careful and educated themselves about depression that they can take help from the doctor and other treatment center as early as possible. By taking effective medicine or doing meditation course life will be more developed and lively. Other psychotherapy and antidepressant medication are also very effective way to get rid of depressive illness.

The combination of antidepressant medication and psychotherapy will also prolong the life of old patients and give then energy to start the life again.