Symptoms of depression in women

Depression can affect at any stage or at any age of women. Any age group can develop depression illness. But all of them do not suffer the same difficulties. Different age of female react differently. Such as a young depressed girl or a child may reluctant to do study where as the depressed mother may become irritate all time on her children due to depression. So the different life stages of female experiencing different signs. Here are few more female depression symptoms. 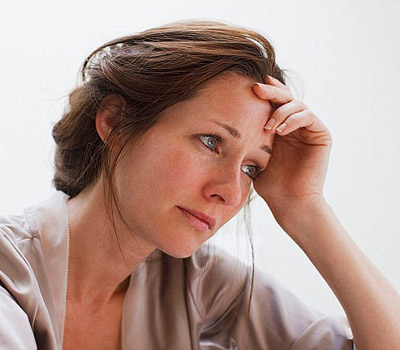 Puberty Symptoms
The puberty stage brings some physical changes among female. Some girls are being unable to adjust with the changes of puberty period which cause depressive illness. The girls can develop some symptoms of depression during puberty stage:

Symptoms of Pregnancy
In the whole world, the higher rates of women develop depression during their pregnancy. In this stage naturally the females require some extra care and love. During pregnancy the women face some unusual psychological difficulties which lead depression. In many cases less sexual relationship is another reason behind depressive illness.

Sometimes some woman could not recognize the harmful effect of the pregnancy depression. But it could seriously affect them even it may ranges to major stage. In this stage her partner on other family members should take extra care of the pregnant women. Other whenever she develop these symptoms then they should taken the woman to the doctor immediately. As pregnancy depression is very dangerous for her and her coming child./p>

So the dear reader you are expecting a child then you should must well informed of the signs of the depression at this stage. In addition, if your partner or your other family members will be aware of the signs and symptoms of pregnancy depression then it will be helpful for you to get rid of depression successfully.

The symptoms and signs which are generally visible during the pregnancy depression as follows:

Postpartum Depression Symptoms
After becoming a mother, about 50% of women experience postnatal blues with fleeting low mood and tearfulness which may continue for 1–2 days. It most often occurs on day 3. Postnatal depression is more serious, which can take place in about 1 in 10 women, specially become most frequent in the first month after delivery. Postnatal depression generally lasts for many days. It is more likely in older mothers. After becoming a mother, most of the mothers, could not able to cope up with the new stage of life. Responsibilities, physical changes can bring grief, angriness, irritability and other different symptoms among mothers. If the postnatal depressive illness lasts for many days then proper and immediate treatment should be taken. Women should take medicines which are prescribed from the doctors. Different stages of depression require different medicines, so women should take the medicines as per prescribed. Otherwise the medicines could be harmful for them. Especially for those mothers who want to breastfeed the baby, the drugs should be chosen with special care.

There are some common symptoms which could be visible in postpartum depression. In the following part some symptoms of postpartum period are given below:

Menopausal Depression Symptoms
The menopause itself does not cause depression. During the menopause period (mid life) the women may have to face some problems or they may have to make adjustments with some unusual situation for example parent-children conflict or responsibilities may rise at this stage. Also at this stage of life there may be the threat of joblessness. When any female suffers from all types of depressive symptoms during per menopause it is called as menopausal depression. Like dysphoric disorder menopausal depression has no particular symptoms. But if any woman experiences any symptom of depression in this stage like guilt feeling or worthlessness then she should seek for treatment in order to avoid major. HRT is also very helpful for recovery though it may not work as an antidepressant. But HRT could be useful for reducing some of the undesirable symptoms which can occur during the menopause period, such as hot flushes and night sweats. Sleep is sometimes interrupting with night sweating which could be more serious. Sleep disturbance could be continuing for long time even after the difficulties of the menopause are. It is essential to treat this difficulty early.

If you are relate closely to any female and if she faces any depressive symptoms during menopausal period then help her to take treatment or take her to the treatment centers.