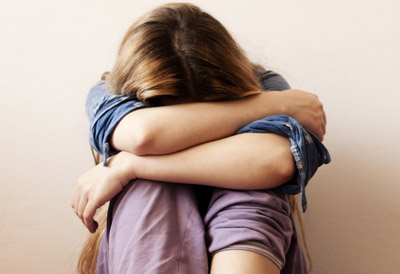 Stressful Situation: A woman has to play different role in her life. She has to play as a mother, as a wife as a daughter. Now a day the women are becoming highly educated and professional. So she also has to play role as a service holder. Basically for the job holder women, they have to maintain both office and home. In most social cultural cause reason women depressioncases the job holder women requires some help or assistance from her partner in rearing child and doing household work. Whenever she does not get any assistance or cooperation from her partner she gets depressed severely. Poor relationship with her husband can also develop depressive disorder in her. However, the possibility of depressive illness is more frequent in a single mother than a married woman. Recent studies shows that single mother women hits by depressive illness three times than married mother. Because a single mother has to fulfill all responsibilities regarding child, home and so on. The over responsibilities and burden can create unusual mental stage which lead several depressive disorder. It could ranges to even suicide thoughts.

Unequal Power & Status: It is most obvious that women get less power and status than men in the society. Thought the people now more educated and modern but the gender discrimination still persists in our society. This gender crimination often built some negative impression in the women’s mind. These negative impressions produces helplessness, loneliness, lack of confidence and these are the certain symptoms of depression. It does not exist in their personal life but also in the outer world women get less status. Low socioeconomic status of women puts the women in higher risk of major depressive order. Lack of power makes the women less confident and less self esteem and develops depression. Gender discrimination can lead severe depression and sometimes require hospitalization. The women who are not so beautiful or smart enough also get less importance which puts them into depression. Sexual and physical abuses are also the major cause of female depression. Especially for the young girls sexual abuse is the main cause behind their depression. Many girls experienced physical and sexual abuse in their childhood but they often concealed it in their mind. But sometimes after passing a long time or a long gap the girl could be attacked by severe depression in her adulthood due to her childhood abuse. The victims of rape are also hit by major depressive order. Sexual harassment, eve teasing also could be responsible for developing depression in women.

Dissatisfaction of Relationship: Now a day’s separation and divorce are becoming very much common between husband and wife. As separation and divorce are increasing, depressive illness is also increasing in both men and women. Especially for the women it is a most common reason. Due to separation or divorce woman becomes alone and helpless. Financial burden also imposed on some mother especially for those women who have to take care of their child alone. While any female has to experience these problems she feels helpless and develops depression. Though the good news is that depression rate is higher for single and divorced women than married women. But sometimes poor relationship or misunderstanding can puts the married women in the higher risk of depression.

Poverty: Poverty is such a reason which could be responsible developing depression in anybody. And poverty is increasing the rate of depression. It you don’t have enough wealth then you cannot get power or respect. Poverty is more frequent in women than man. According to the survey among all demographic groups single mother have the highest records. And this poverty rate is an enough big issue to create major depressive order.