People face difficulties due to some unusual and hard situation of life. For example death of a close or loved person, poor relationship, financial crisis, or any bad childhood experience. These unusual events or any stressful events can weaken a person’s mental state which can lead the person to gradually develop depressive illness. Depression not only affect a person’s personal life, but also can affect his/her professional even the study life. 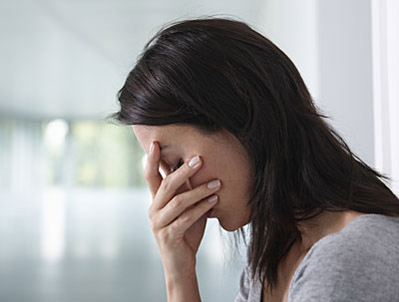 Similarly there are some factors which can affect the women severely and can put them in depressive state. Different phases of life often bring negative and severe changes in a woman’s life. For example loss of job or failures of study are the most common factors which can trigger depression in the young female. Moreover a woman can develop depression due to poor marital relationship or separation. Some women also could be hit by depression at their middle age for post menopausal period, retirement or financial crisis. Genetic is also a most common reason which can lead a female to experience depressive illness.

But whatever the reason is behind the depressive disorder, this can affect a woman’s in her thoughts, emotions, sleep, appetite and behavior. All the female should be aware of the factors or reasons which can trigger depressive disorder among them that they could precautions and successfully beat those stressful events or any unusual situation.

Here are some possible some reason and factors which often become responsible for female depression:

Genetic: most of the child often inherited the depressive illness form their parents or siblings. If the parents had a depressive disorder then it may affect their child. Even during pregnancy if the mother become depressed then it will certainly affect the upcoming child and it also could affect the child in the adulthood. Genetic researchers have shown that the possibility for developing the depression resulting from combination of multiple genes and environmental factors. But it does not mean that every person will inherited the depression form their parents or genetic is the only reason for the female depression.

Separation or divorce: poor marital relationship is the most common reason for female depression. Poor relationship with husbands could lead divorce or separation which can puts the women into depression. This depressive illness can ranges to major disorder which is very harmful for the women. The major depressive disorder can bring suicidal thought in the woman’s mind. After divorce or separation a woman has to perform all duties alone. A working woman has to maintain both home and office which can make her very stressful as a result she might attacked by depressive disorder.

Besides these factors there are also some biological which can trigger depressive illness among women which are as follows:

Puberty: puberty stage starts at adolescences period. In this stage the girls often become depressed. Puberty stage brings some physical and mental changes in their life. Some of the girl could not adjust with these changes and become very shattered. As a result they suffer from depressive disorder.

Pregnancy: it is one of the most featured reasons of female depression. During pregnancy the women naturally require extra care and love from family members. If any pregnant woman deprived from this love and care then might she gets depressed which is both risky for mother and child. Even during this pregnancy stage, fear of death is the common symptoms among many depressed pregnant women.

Moreover a mother also has to deal with some new responsibilities or she has to fulfill extra care towards her child. These all changes and new responsibility of life lead the women to develop depression in this period. Even some of the husbands do not show any extra care or love toward their wives and this negligence can create depression and anxiety among the women. Postpartum depression can put the women in the riskier stage. Sometimes pregnancy depression also could be responsible for the postpartum depression. It will not only affect the mother but it will affect the child. Most of the depressed mothers show negligence and irritation toward their child which can be very harmful for the children.

Premenstrual dysphoric disorder: before menstruation period the women can develop the signs of depression. For example, the women could behave in a hostile or aggressive mood with everybody. She also could be attacked by the feelings of hopelessness or loneliness at this stage. Before the menstruation period the symptoms or signs of depression are referred as premenstrual dysphoric disorder. At this stage of life the women may behave or react in different manner which was not their general behavior. Though in this premenstrual period hormonal changes are not common, but this period could bring some mental difficulties among the women which are responsible for their depressive illness.

Menopause: menopause stage does not create the depressive illness itself. But in this stage the women experiences some hormonal changes which may lead the women to build depression in them.

Thyroid: in the mid age of life most of the women experience thyroid problem. Thyroid is not only cause of depressive illness. But if any female has thyroid problem then she may suffers from some signs and symptoms of depression like irritability, anger, loneliness, weight change, grief etc.