Here are some important facts and basic information about depressive disorder. You will be able to educate yourself about depression at a glance by reading or knowing the facts. 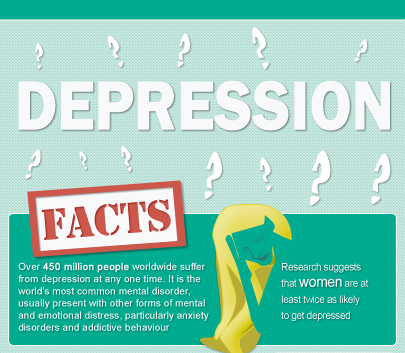