Male Depression is that type of illness which hits at any age, any gender, any status, and any culture. So it can hit both men and women. But the men and women who develop depressive illness react differently from each other. 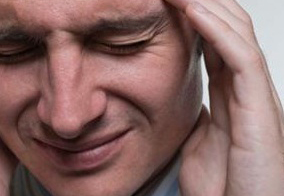 Though women are facing depressive illness in a greater number than men. According to recent study in US more than 12.million women are suffering depression where as more than 6 million men are suffering from depressive illness. That means depression is double in women than men. It is also true for the rest of the country. In the whole world it has found that men are less depressed than women.

But it does not mean that men do not become depressed. Generally men develop depressive disorder for some particular reasons, such as job failure, study failure or breakup, loss of drive, marital difficulties of separation and divorce, family problem, retirement, unemployment, and other many problems. There is another reason for which the men can develop depressive illness and it is ‘male menopause’ which is discussed more in newspaper articles than in medical journals. But Men generally do not experience the same hormonal changes or difficulties as the women do, but they also face the same life changes in middle age as women do parent-children conflict or fear of joblessness. So depression is also is frequent and common in male as female. But male depression is not frequently visible because they do not seek for help; they do not share with others and do not consult with doctors. Because they think that these emotional feelings can be lose their image and self esteem.

Actually men have the natural tendency to become powerful, strong, successful then women. They do not want to express their emotional evoke such as sadness, vulnerability, guilt, tiredness etc. They consider these emotional feelings as weakness of their character. In order to hide their depression sometimes men ignore the physical symptoms of depression, such as headaches, appetite change, chronic pain loss of energy, weight loss and mental symptoms such as grief, restlessness, guilt, hopelessness, agitation. Basically the depressed men like to express those symptoms or emotional feelings, which they think that it will not hamper their personalities and do no express their mental weakness. Such as irritability, rage of anger, hostility, loss of interest, sleep difficulties etc. If men are experiencing the signs and symptoms of depressive illness, then these may reduce their ability to work and badly affect the daily activities. As a result the depressed men become dependent on the drug, intoxicants, alcohol. Such bad habits will make them worst rather than recover. They think that they can remove or get rid out of depression by taking these harmful substances, even they do not share it with family friends or do not consult with doctor.

The more dangerous thing is that some depressed male behave in a very different way by taking risk, harming themselves or keeping isolated themselves. sometimes such things may become prolong and lead in a massive order. By doing all these things the men are only giving harm themselves. Because depression is not any negative thing which can losses their self esteem. Depression is common as cold or normal headache. So it you are male and experiencing male depression then seek for help from your family, friends and your General Practitioner or doctor. Believe, it will not lose your self-respect; it will help to get rid of depression and to live a better life.