The outcome of depression is more risky for young people and last for long time. Even in some cases depression may recover at young age may recover but it could again take place in adulthood. 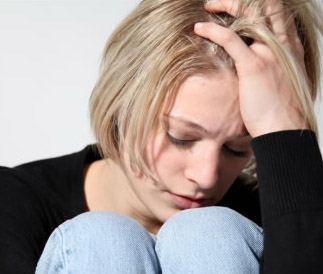 Depression could attack at any teenager particularly those young people who have earlier suffered any negative emotional or behavioral incident or who are experiencing Attention Deficit Hyperactivity Disorder (ADHD).

Even physical, biological or any social cause also can lead depressive disorder among the young people. For example genetic, family problem, study failure, sexual abuse, hormonal change or so on.

The parents can work better than mental health professionals as they are more close to their children and can easily observe their behavioral changes or mood disorder. Thus, in case of young depression the parents should be aware of the signs and symptoms that they could take initiative for their children’s treatment. In order to recover quickly, the symptoms of young or teenager depression should be assessed properly.

However, there are some common and core signs which could be visible among young depressed people:

Mood disorder is one of the most common symptoms of depression that can be visible during this age. If any young boy or girl suffers from mood swings it can refer that he/she is developing depression. Over emotional is also an outcome of mood disorder. A young depressed people often become reluctant to part in any activity even it is his/her favorite work.

Irritability and aggressiveness are the most featured negative outcome young depression. A depressed boy or girl may always react at hostile manner or they may become angry at every single matter. A young depressed person could may show more disobey and intolerance to their parents which often create family conflict. And it also can destroy their next path of life.

But some young people show disrespect and become disobedient to their parents even though they are not in any depression.

Agitation is such a sign of depression which could be visible in every depressed people. So the young people also experience this agitation if they develop depression. Depressed adolescents often experience numerous agitation and worries but these could be concealed or undiagnosed by them. For example they may have fear of losing their parents or they reluctant to go to school due to excess worries for study.

In most cases it is the starting of other symptoms. Over sleeping or insomnia may be visible in the young depressed people.

Depressed young people often find it very difficult to concentrate on things that require mental effort and patients. They could not concentrate properly on study which may lead poor performance in their study life. Continuous poor study performance can put them in the major depressive disorder.

Though aches and pains are not severe symptoms. It is as usual for the adult people. But sometimes the young depressed people might take this problem as severe illness which can increase their agitation more.

Lack of energy or lack of interest

Always feeling tired or loss of interest at every work might referring that the young boy or girl is developing depression. So a young continuously feeling tired then he/she should consult with the doctor.

Reckless behavior or self harming behavior might take place within the depressed adolescence. They may adopt some typical self-harming behavior, such as taking an overdose of tablets or cutting one’s wrists or forearms.

According to many research studies of depression suicidal thoughts are common in adolescence due to family conflict, poor study life, financial crisis, sexual abuse and so on. In the mild depressive state the teenager do not usually suffered by this symptom but the major depressive state can lead them to think suicidal deaths.

Addictive behaviors such as overuse of the computer and Internet, Extreme compassion to rejection or failure are also symptom of depression.