Difference Between Male and Female Depression

Man and woman are different by nature. They are different not only by physical structure but also by way of thinking, lifestyles and so on. So it is obvious that they will handle the life events in different way and react in different manner from each other. 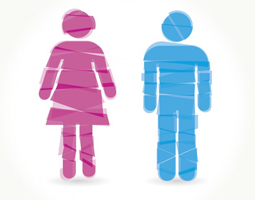