Wellbutrin is classed as an aminoketone. Wellbutrin is one of the most frequently prescribed antidepressants in the world. The primary uses for Wellbutrin are to treat depression and ward off depression in people affected by seasonal affective disorder. Wellbutrin is also useful as a smoking cessation aid. Wellbutrin has a different mode of action to other common antidepressants such as selective serotonin reuptake inhibitors. Because of its alternative mechanism, Wellbutrin is often prescribed as an add-on medication for those with depressive episodes that do not respond sufficiently to SSRIs. Wellbutrin is chosen in preference to other antidepressants because its use is less likely to cause weight gain or sexual dysfunction. However, it does carry a risk of inducing seizures in people already prone to seizures; this seizure risk forced the drug off the market for a short time, and the recommended dosage was reduced. 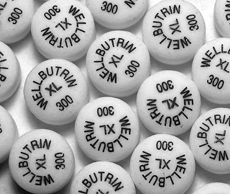 Why is this drug prescribed?

Wellbutrin has been found to significantly reduce nicotine cravings. A course of treatment normally takes 7-12 weeks, but by day 10, the individual has often stopped smoking. Wellbutrin doubles the chances of quitting smoking after 3 months. After 1 year, ex-smokers are 1.5 times more likely to still be ex-smokers than a placebo group. A meta-analysis comparing Wellbutrin with nicotine replacement therapies (nicotine gum and patches, for example) found that Wellbutrin was at least as effective as nicotine replacement therapies, although perhaps slightly less powerful than varenicline (a prescription drug that helps quit smoking tobacco).

Depression. Wellbutrin is at least as effective as other popularly prescribed antidepressant medication. Additionally, it leads to less weight gain, somnolence (sleepiness), and sexual dysfunction than other forms of treatment.

Patients with major depressive disorder (MDD) who do not respond fully to SSRIs are sometimes prescribed Wellbutrin as an additional medication. Not only does the drug help treat depression, but it also appears to work actively against sexual dysfunction caused by the original antidepressants.

How should this medicine be used?

It is worth trying if you suffer from bipolar depression, especially when used in conjunction with a mood stabilizer. However, it is not a good idea to experiment with Wellbutrin if you are already in an episode of bipolar mania. Wellbutrin is available as a standard pill of 75 milligrams (mg) and 100 mg, as a sustained-release pill (100 mg), and as a long-acting extended-release tablet (150 and 300 mg). The starting dose is usually 200 mg a day, given in two doses of 100 mg. After three days, your doctor may increase the dose to 300 mg a day, given as 100 mg three times a day, with at least a six-hour interval between doses. To minimize the risk of seizure, the dose must be increased gradually. The maximum dose is 450 mg a day. The extended-release version is usually taken once a day in the morning within a 24-hour time frame. Try to take Wellbutrin at the same time every day, and avoid taking it too close to bedtime. Swallow the pills whole - do not split, chew, or crush them. Be aware that it might take a month or more to feel improvement from the drug. Continue to take it, and don't go off Wellbutrin without consulting your doctor. Stopping the drug too abruptly can result in withdrawal or discontinuation syndrome, which shows up as repetitive, uncontrollable twisting of a part of the body, irritability, anxiety, mania, and headaches. Make sure you are not taking more than one product containing generic bupropion at one time, as that could result in an overdose.

All pediatric patients being treated with antidepressants for any indication should be observed closely for clinical worsening, suicidality, and unusual changes in behavior, especially during the initial few months of a course of drug therapy, or at times of dose changes, either increases or decreases. Such observation would generally include at least weekly face-to-face contact with patients or their family members or caregivers during the first 4 weeks of treatment, then every other week visits for the next 4 weeks, then at 12 weeks, and as clinically indicated beyond 12 weeks. Additional contact by telephone may be appropriate between face-to-face visits. 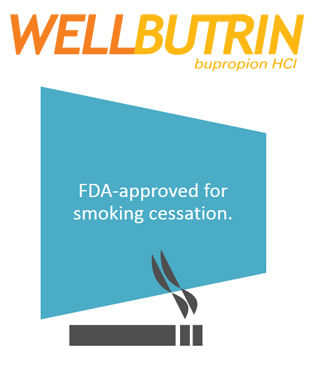 Adults with MDD or co-morbid depression in the setting of other psychiatric illness being treated with antidepressants should be observed similarly for clinical worsening and suicidality, especially during the initial few months of a course of drug therapy, or at times of dose changes, either increases or decreases. In addition patients with a history of suicidal behavior or thoughts, those patients exhibiting a significant degree of suicidal ideation prior to commencement of treatment, and young adults, are at an increased risk of suicidal thoughts or suicide attempts, and should receive careful monitoring during treatment.

The following symptoms, anxiety, agitation, panic attacks, insomnia, irritability, hostility, aggressiveness, impulsivity, akathisia (psychomotor restlessness), hypomania, and mania, have been reported in adult and pediatric patients being treated with antidepressants for major depressive disorder as well as for other indications, both psychiatric and nonpsychiatric. Although a causal link between the emergence of such symptoms and either the worsening of depression and/or the emergence of suicidal impulses has not been established, there is concern that such symptoms may represent precursors to emerging suicidality. Consideration should be given to changing the therapeutic regimen, including possibly discontinuing the medication, in patients whose depression is persistently worse, or who are experiencing emergent suicidality or symptoms that might be precursors to worsening depression or suicidality, especially if these symptoms are severe, abrupt in onset, or were not part of the patient's presenting symptoms.

Originally marketed as an anti-depressant drug under the brand name of Wellbutrin, it became apparent that bupropion was an effective quit aid because smokers using it to treat depression also lost interest in smoking. People not planning to quit smoking found themselves stopping with relative ease. Later, bupropion hydrochloride was given the brand name of Zyban and FDA approved it as a quit smoking aid.

How Zyban works as a quit smoking aid?

It isn't completely understood how Zyban works, but we do know that it alters brain chemistry in such a way that nicotine is rendered less effective. The result is a reduced interest in smoking, and nicotine cravings and withdrawal are minimal. While this medication was developed as an anti-depressant, you do not need to suffer from depression for it to work as a quit aid. That said, if you develop quit-related depression, Zyban may help to offset the symptoms.

To begin with, you take Zyban while you're still smoking.

Week 2: Continue to take one pill twice a day, at least 8 hours apart. Stop smoking during week two, on the day you picked to quit.

Week 3 and beyond: Continue as with week 2. The recommended course of treatment is 7 weeks, but it can be taken for a longer period of time.